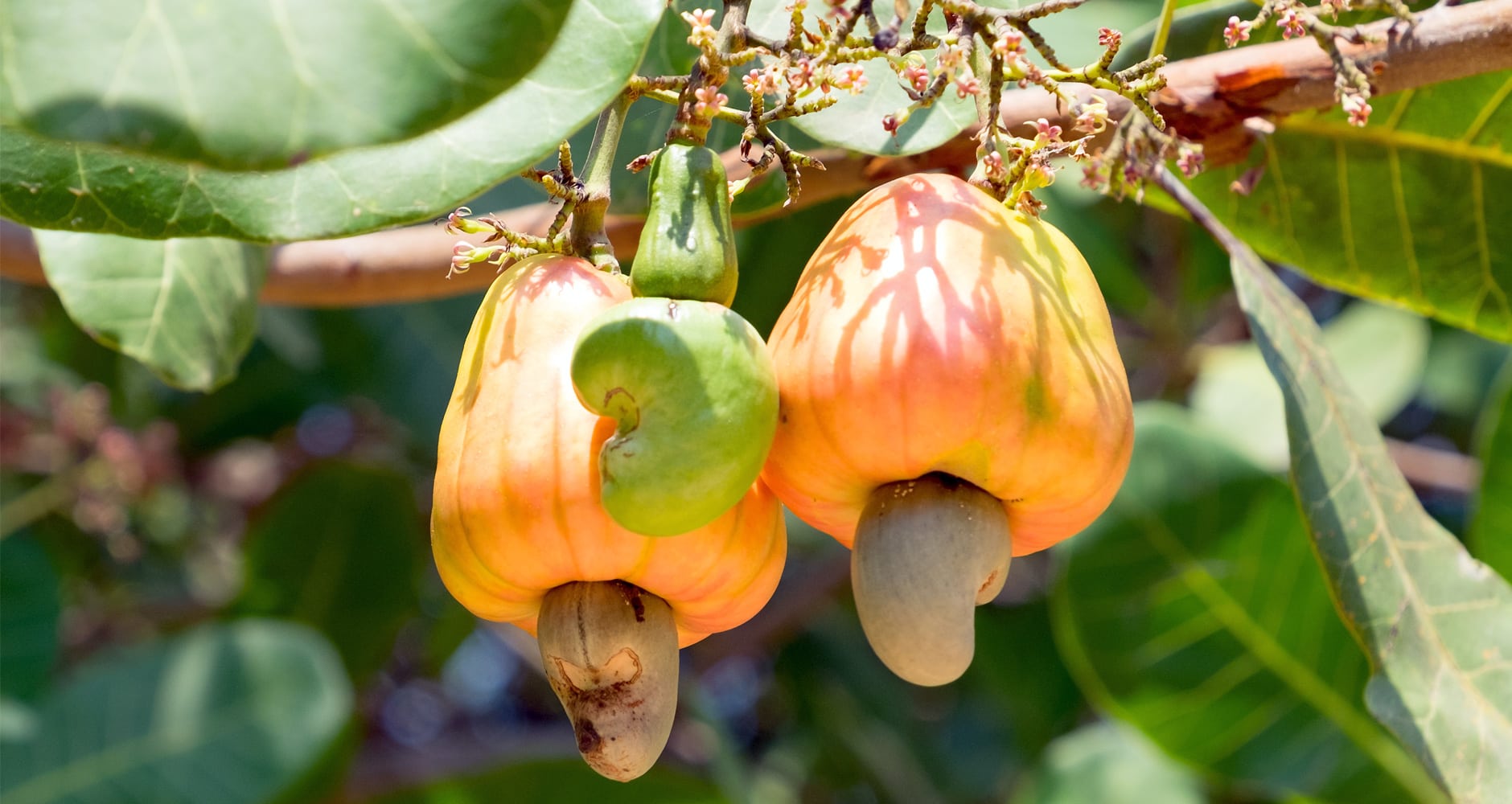 Cashew, a fruit or nut? It comes from a fruit and we eat it as a nut? how? Well, we will have answers to all these questions right here right now in this article. Cashew is a fruit and to be specific the assorted nuts we get in a pack and eat as dry fruit are the seeds of this fruit. The tree on which it grows is also known as the cashew tree and is a tropical tree. They produce the seed as well as produce a type of apple known as cashew apple. This tropical tree is native to Brazil but is now cultivated in various warm climate regions.

The early explorers spread them all over the world and now are grown in Asia, Africa and South America. The nut is kidney-shaped and is the size of a large bean has a two-layered shell. The outer layer contains that should be burnt without fail before the nut is touched. To remove the toxins they are again roasted and boiled and after that, the second shell is removed. The nuts are also a source of oil. The apple itself is made into jams and juices. They are also used in some curries in different parts of the world. The seeds are sometimes turned into cashew milk. 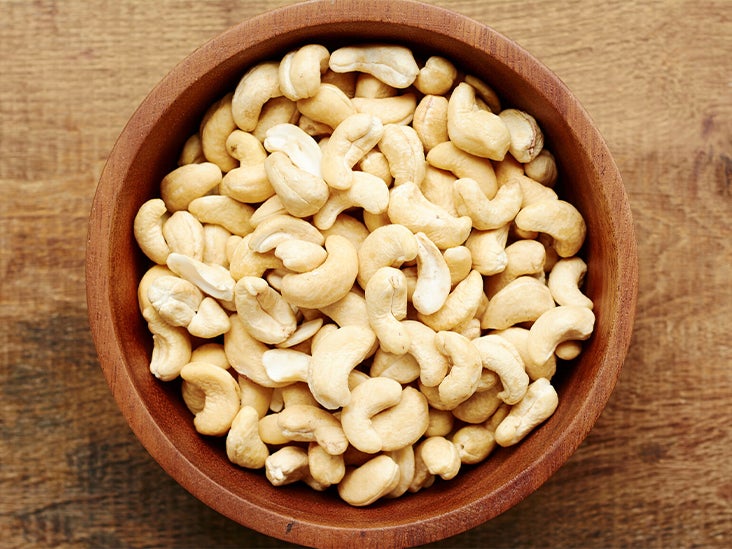 It is a very healthy and tasty snack to have every day in your diet. It is full of nutrients and is a delicious treat for any unhealthy snack. With all the taste factors is also very healthy to add it to your diet. They have health benefits related to weight loss, a healthy heart, and improved blood sugar. They are a rich source of minerals and vitamins. They are also very rich in nutrients like calories, protein, carbohydrates, fibres, copper, magnesium, manganese, zinc, phosphorous, iron, Vitamin K and vitamin B6.

The cashew originated from the Northeast of Brazil and is believed to have been domesticated before the arrival of the Portuguese in the 16th century. From there it was introduced to West Indies and Central America. The Portuguese recognised the actual value of it and they spread it to the old world colonies. By 1590 it reached East Africa and India where it helped to control the erosion in the coastal regions. Till today everyone in this country enjoys this nut and is also very expensive in some states.

It belongs to the Anacardiaceae family the same as mango and pistachio belong. The tree is an evergreen perennial tree that is hardy and fast-growing with a symmetrical, umbrella-shaped canopy. It is a true evergreen tree, often resembles a large bush and grows up to 10m. The flowers are small and pinkish. From flower to nuts, it takes almost 55-70 days.

They are also rich in unsaturated fats which reduces premature death and heart diseases. They are also low in sugar and rich source of fibre and almost contain the same amount of protein as an equivalent to cooked meat. The copper content in it helps in boosting energy, brain development and a strong immune system. Magnesium and manganese content helps in maintaining bone health and they also keep them strong. They are also a powerhouse of antioxidants like every other dry fruit. They keep your body healthy and free from the damage-causing molecules known as free radicals.

It also reduces inflammation and increases the body to fight against diseases and keep it healthy. Due to similar antioxidant properties as almonds, pecans and walnuts, they also help in oxidation fighting benefits. They tend to have fewer calories and somehow help in reducing weight. Their rich fibre and protein content help in reducing hunger and increasing the feeling of fullness. All these factors lead to reducing weight and help in weight management. 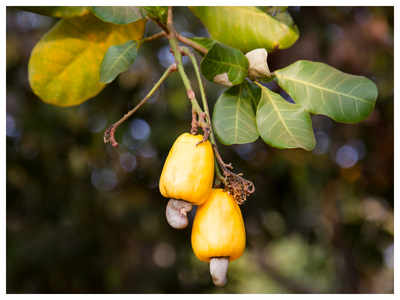 Cashews have always been linked to reducing the risk of stroke and heart diseases. They appear to offer some benefits in reducing blood pressure, triglycerides and cholesterol. There can be differences if we replace it with the unhealthy snacks we consume in a day and can reduce the risk of many diseases. People who suffer from type 2 diabetes can also have benefited from these nuts. The fibre in it reduces the sugar spike in the blood and is believed to protect from this disease. Substituting the foods which have high carbs and sugar with cashews will surely reduce the blood sugar levels.

Adding it to your diet can be very helpful for your body. You can have it as plain dry fruit or roast it with oil and some salt. You can also prepare desserts and sweets with cashew as the main ingredient. For example, in India, we have a sweet known as Kaju katli where the main ingredient is cashew itself. Likewise, you can also add different dishes and curries according to your taste. So, it doesn’t matter if it is a fruit or a nut as long as you consume it for a healthy and fit lifestyle.

Tags:
Cashew, dry fruit, nuts
Newer Dry fruits and nuts: Same or different?
Back to list
Older Figs: What are the healthy benefits of it?

Dry fruits or dried fruits are the fruits that are dried from the actual fruits, whereas nuts are the seeds, fruits or legumes with...

END_OF_DOCUMENT_TOKEN_TO_BE_REPLACED

Dates and milk a classic combination for amazing benefits.

Dates the sweet edible dry fruit which is always kept in our cupboards where only adults can reach it. Dates have been traced back ...

END_OF_DOCUMENT_TOKEN_TO_BE_REPLACED

Before we solve this myth and fact debate about almonds, we should have some basic knowledge about it and the other benefits of thi...

END_OF_DOCUMENT_TOKEN_TO_BE_REPLACED

List of dry fruits to add to your daily diet

Dry fruits have numerous medicinal properties and are a great source of nutrients. Although they are popular as rich delicacies among e...